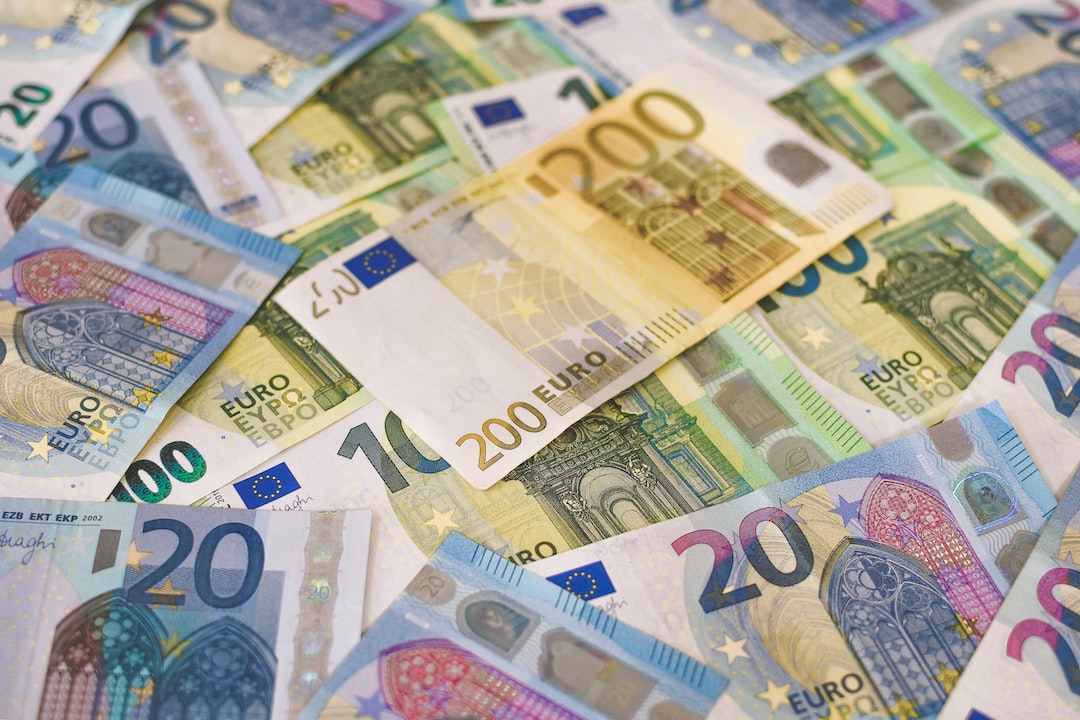 The worldwide trend toward renewable energy is largely driven by battery technology. Batteries store renewably generated power and release it when needed, giving EV drivers peace of mind as they go about their day without the worry that a fossil-fuel-powered vehicle will run out at any point during transportation or stationary use.

Battery stocks are down, but investing in these companies is a good idea. It is a rapidly growing space that has the potential to deliver multi-bagger performance once the markets make a comeback.

NextEra (NYSE:NEE) owns and operates the world’s largest solar- and wind-generating facilities fleet, with 58 gigawatts of capacity in operation or under development. In addition to its generation business, NextEra Energy provides electricity to more than 11 million customers through its subsidiaries Florida Power & Light Company and Gulf Power Company.

When discussing NEE, it is crucial to address the broader macroeconomic developments that will affect the company moving forward. Firstly, President Joe Biden has postponed trade tariffs on solar panels. U.S. companies will have an easier time planning their operations after Biden’s 24-month tariff exemption. Companies will no longer need to worry about holding large sums of cash to pay potential tariffs.

In addition, the Senate has passed the Inflation Reduction Act of 2022 and encouraged utilities to use more green energy production. As a result, the operational costs for NextEra Energy will drop. Its latest financial report included $5.18 billion in revenue, up 31.98% versus last year. Meanwhile, net earnings came in at $1.38 billion — an increase of 439%.

NextEra has inflation-resistant earnings. The company focuses on wind and solar energy assets. Therefore, the increase in commodity prices does not hurt it much.

One of the world’s largest utility battery storage providers, NEE, will provide a significant portion of the planned 15 gigawatts the government wants to add to the national grid by 2024. Hence, it is in a great position moving forward.

Finally, NextEra Energy, which is a Dividend Aristocrat, has hiked its payout for 25 years in a row. This is an excellent opportunity for income investors to load up on a great performer in the utility space.

Altogether, NextEra has a diversified portfolio, making it less vulnerable to downturns or market fluctuations. It’s one of the best battery stocks to buy and hold.

QuantumScape (NYSE:QS) is a startup that was founded in 2010 to develop solid-state batteries for electric vehicles (EVs). The company has received investment from high-profile backers, including Bill Gates and Volkswagen (OTCMKTS:VWAGY).

QuantumScape’s tech is based on lithium metal, a battery with a higher energy density. Its products are still in the early stages of development. But if the company can commercialize its technology successfully, it could have a major impact on the future of the automotive industry.

By 2025, it hopes to have a commercial production line up and running. However, since the company is pre-revenue, keep in mind that you need to remain patient with this one. For example, my colleague Chris MacDonald touched upon QuantumScape’s worse-than-expected earnings and how it affected QS stock. Such events will continue to impact the stock price moving forward.

The early adoption of these new cars will mean breaking the status-quo bias and turning mass-market thinking toward innovation and sustainability. QuantumScape and its non-combustible, anode-free lithium-metal technology will play a key role in this development. Thus, when discussing battery stocks to buy and hold, QuantumScape will always be in the conversation.

Honeywell International (NASDAQ:HON) is a large conglomerate with multiple lines of business. It is now pivoting toward battery technology.

Honeywell has introduced an innovative “flow battery” model that allows utilities to store renewable energy for up to 12 hours. With the new flow battery, you can store energy for later use without worrying about fire or toxic chemicals.

HON stock is also a good income play. The company bought back 7.5 million shares for $1.4 billion in Q2, bringing the year-to-date total to $2.4 billion. It also distributed roughly $690 million in dividends during the same period. Honeywell’s strong cash flow and low debt levels support the dividend, which the company is expected to continue increasing.

This diversified industrial company offers various services and products in aerospace, construction, transportation and more. It is also working on expanding its software and services businesses. The pivot toward battery technology is a smart move that will help the company continue to grow in the future. Honeywell is a well-run company with a sound strategy, well-positioned to continue generating strong shareholder returns. Hence, it is one of the best battery stocks to buy and hold.

Panasonic (OTCMKTS:PCRFY) is a quality investment and a great company. It makes a variety of electronics, including TVs, home theater systems, cameras, camcorders and more.

The major Japanese multinational conglomerate corporation has many other businesses, such as automotive, avionics, building products, communications, healthcare, lighting and logistics.

Panasonic is also a major player in supplying electric batteries, but it mostly works with Tesla (NASDAQ:TSLA) at this point. The company offers an array of rechargeable lithium-ion batteries that can power various devices, from laptops to smartphones to cars. It recently sent Tesla samples of its more powerful 4680 electric car battery and is increasing Tesla’s EV battery production by 10%.

Panasonic is also diversifying its business after a period of aggressive restructuring. It expects the debut of its next-generation EV battery to aid this goal. It is also signing agreements with more companies. For example, it has a joint venture with Toyota (NYSE:TM) to develop batteries.

Additionally, Panasonic is building the largest battery plant in Kansas, which will provide battery packs to EV makers. Its other U.S. plant, in Reno, Nevada, was started with Tesla and has helped to supply over 6 billion EV battery cells. However, the new plant will help Panasonic move beyond Tesla.

When discussing EV battery stocks to buy and hold, we rarely, if ever, get the opportunity to analyze a company as solid as Panasonic. It has been among the most reliable, diverse and innovative companies. It continues to grow in many industries while introducing innovations that will improve it in the long term.

Imagine a battery that never needs to be replaced. One with an unlimited lifespan and unparalleled safety features, making it the perfect choice for your next electric car.

A company called Solid Power (NASDAQ: SLDP) specializes in developing this revolutionary technology — better known as solid-state batteries — and its product could soon revolutionize how we think about energy storage solutions worldwide.

Solid Power’s batteries are made with a solid electrolyte instead of a liquid one. It makes them less likely to leak or catch fire. The company is working on a new generation of Solid Power batteries that will be even more energy-dense than the current ones.

It is already working with several major automakers, including Ford (NYSE:F) and BMW (OTCMKTS:BMWYY), to bring its technology to market.

More recently, the Colorado-based battery startup reported an excellent set of earnings. Revenues for the second quarter and the first half of the year came in at $2.6 million and $4.8 million, respectively, representing a substantial increase over the year-ago period. However, the company also reported an operating loss of $14.7 million due to product development investments and scaled-back operations.

But with cash of $534.2 million in its coffers, you need not worry much about the enterprise’s financial position. Solid Power intends to start production of EV-scales battery cells for internal testing next quarter, despite supply-chain issues.

Solid Power plans on sending batteries to automakers by 2023. In that case, these components will start shipping the following year. And thanks to its unique technology, automakers won’t need to modify production lines to get things moving.

Lithium (NYSE:LAC) is a valuable resource that powers our modern world. The U.S. produces just 1% of global lithium production. Hence, new sources are needed to keep up with the growing demand for this essential mineral.

Lithium Americas owns four main assets in the lithium-mining business. Its biggest asset by far is its reserves located at Thacker Pass, Nevada — home to the largest U.S. mineral reserves.

With the rise of electric cars, demand for lithium will continue to rise exponentially. By 2030, demand for lithium will be around three million to four million metric tons from around 500,000 metric tons of lithium carbonate equivalent (LCE) in 2021. With this backdrop, Lithium Americas’ projects will continue to do well, setting up an aggressive path for LAC as a growth stock.

Lithium Americas is yet to be an operational miner — be prepared for boom, bust and boom again. Buying and holding a stock is often advised because it helps you avoid toiling with the short-term market. Instead, focus on long-term success. Keep that in mind when loading up on LAC stock.

Freyr Battery (NYSE:FREY) is a battery developer and producer in Norway. The company specializes in developing high-power, long-lasting batteries. Freyr creates batteries and energy storage products for markets like electric cars, stationary power and consumer electronics. The goal is to provide affordable and reliable solutions for these industries.

Freyr Battery is building its first Gigafactory in Mo i Rana, Norway, and has increased its per-year output target to over 200 GWh by 2030. The future, therefore, is bright for this one.

Despite being a new company, it has contracts with some of the biggest names in the business, including Siemens Energy (OTCMKTS:SMNEY) and Powin Energy.

While these contracts are a promising sign, FREYR is still at a nascent stage. It has a lot of room for growth and expansion, which is why this company is one of the best battery stocks to buy and hold.