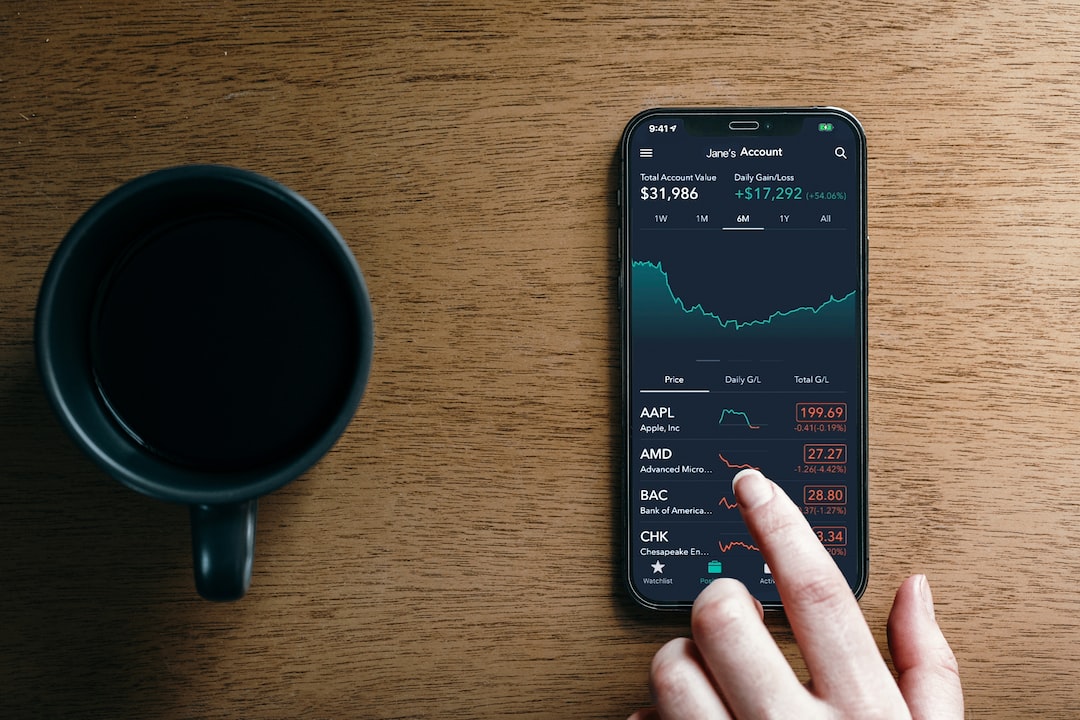 The housing market is a mess. Homebuilder stocks are suffering.

There are many reasons for this. Boomers refuse to move out. Millennial buyers can’t move in. So-called “starter homes” that brought generations into the market are now unaffordable for many.

The problem is homebuyers don’t just buy houses. We also buy the money to buy houses. For the first time in decades, that debt costs a lot, with interest rates for 30-year mortgages now well over 6%.

Housing stocks are now super-cheap, most selling for price-to-earnings ratios around 5-times. But many analysts are still warning investors away. They see falling sales, rising costs, and big trouble ahead.

Why would anyone consider investing in the stock of a company that builds houses? Because recessions end, interest rates fluctuate, and this, too, shall pass. Because, in many cases, investors are fearing the future and ignoring the present.

I am not the only one who believes this. Warren Buffett of Berkshire Hathaway (NYSE:BRK-A) believes it, too. Why else would he buy 7% of building supplier Louisiana-Pacific (NYSE:LP)?

Those who are bullish on housing say the builders are a lot like Louisiana-Pacific. No one wants them, so now is the time to look at them.

Toll Brothers (NYSE:TOL), based north of Philadelphia in Fort Washington, has lost one-third of its value in 2022. Shares opened the year near $70 and will likely close near $50. But if you think the high end of the housing market will rebound first in 2023, this may be among the homebuilder stocks you’re looking for.

Business at Toll Brothers isn’t bad. It’s quite good. For the three months ending in October, the company handily beat estimates with earnings of $640.5 million, or $5.63 per share, on revenue of $3.58 billion. It sold 3,765 homes with an average price near $1 million during the quarter. Additionally, the company reported a backlog of nearly 8,100 homes at the end of the period. Deliveries for the current quarter were estimated at 1,750-1,850 homes, or 8,000-9,000 for the coming fiscal year.

However, Toll Brothers’ stock keeps getting hammered. It’s now trading right at its book value. The company’s price-to-earnings ratio is below 4.5. Its modest dividend of 19 cents per share still yields 1.58%. Yet, the average price target at Tipranks is just $55.20, 13% ahead of where it traded December 12.

There is ample evidence for the short-term slowdown Toll Brothers expects. This is especially true for infill projects inside cities. A project around the corner from me is being slow-walked, the construction loan kept open in hopes a higher-interest mortgage won’t be needed. But the company is also still announcing larger suburban projects, like a 290-unit development in suburban Chamblee due for completion in 2024.

The bear case for Toll Brothers stock is based on fear. High-priced homes and high-priced money are a wicked combination. But luxury homes are often bought for cash, by people who already own homes. Toll doubled-down on the infill segment in 2020, buying Sharp Homes and then Thrive Residential.

If the coming recession doesn’t become a depression, Toll’s careful planning in 2022 should pay dividends for stockholders in what I view as one of the best homebuilder stocks out there.

If the thesis behind Toll Brothers intrigues you, you can double down on it with a small bet on Meritage Homes (NYSE:MTH). The stock is down nearly 26% in 2022, but was recently rising off October lows of under $67.

That’s because the Scottsdale, Arizona-based company has grown steadily for years, and is consistently profitable. Investors’ fears about the future has it selling at just $93 per share on December 13, or 3.6-times earnings. Additionally, the company’s market cap of $3.4 billion is just 60% of 2022’s sales. Those are the numbers of a low-margin retailer, not a company that brought 14% of revenue to its net income line last year.

Even inside Meritage, confidence is low. Independent director Peter Axe sold $500,000 of stock recently, but most other insiders are hanging in. Like everyone else, they’re worried about plunging sales in the face of declining supply.

The reason for the worry is interest rates. With rates at up to 7.5% on a 30-year mortgage, even for those who put 20% down, qualified buyers are hard to find.

The question is, what if we’ve hit the peak in interest rates, as recent inflation data suggests? Inflation was 7.1% for the year ending in November, but up just 0.1% month-over month. Prices are falling for energy, rents, and many commodities. Maybe the market gets a spring thaw.

If we do get a soft landing, the high end of the market should get help first. You’re highly leveraged to that on Meritage stock. Some analysts are already raising their ratings on Meritage. Zacks calls it a top momentum stock for the long term.

Lennar (NYSE:LEN) is the second-largest company among homebuilder stocks on this list, with a market cap of $26 billion. That’s down 21% for 2022, but the trend has been up since October, when it bottomed at $71. The stock was trading December 13 at over $91.

Lennar is four-times bigger than Meritage, large enough to have sophisticated financial management. It also has imagination, evidenced by a small community of homes outside Austin, Texas it is building using 3D printing technologies.

As the market seized up this fall, Lennar publicly offered to sell 5,000 new homes to big landlords, selling entire subdivisions at once. The average Lennar home sells for $500,000, but buying in bulk can bring big discounts.

Those buyers may not exist, however. Blackstone (NYSE:BX) recently limited withdrawals from its residential housing fund. Some sales contracts have been cancelled.

Lennar’s most recent earnings report showed net earnings per share up 11% and home deliveries up 13%. But that included 1,000 sales to rental operators, including its own operation, which has $1.25 billion in loans committed for such purchases. The company’s total long-term debt was nearly unchanged from a year earlier at $5.7 billion, with $13 billion in finished homes in inventory and cash of $1.5 billion.

Anyone interested in buying a housing stock should look closely at Lennar’s November quarter numbers, which were due to be released December 15. These will give a good indication of the sector’s health.

If Lennar’s numbers are better than feared, the stock should rise. The stock’s price-to-earnings ratio is just 6-times, and you get a 37.5 cent per share dividend that yields 1.7%. Most analysts seem to be holding their breath, maintaining their ratings, but with one-year price targets that are all over the map, from a low of $72 to a high of $133.

PulteGroup (NYSE:PHM) stock was selling in mid-December for just 4.7-times earnings, after increasing its dividend for the fifth year in a row. Pulte’s target market is millennials and their boomer parents, with 43% of homes aimed at first-time buyers and 25% “active adult” communities under the DelWebb and DiVosta brands.

The is among the homebuilder stocks with a bullish chart pattern that can’t get any love. Zacks recently rated the stock a strong sell because of what it called a “challenging housing market” in 2023.

Their evidence comes from Pulte’s third quarter report. The company posted a miss on earnings at $2.69 per share, on revenue of $3.94 billion. But the miss was by just 4 cents per share. Earnings were up 48% year-over-year, with gross margins rising to over 30%.

Management isn’t acting like a hard recession is coming. The cash balance of most homebuilder stocks is something to watch. In this case, company’s cash balance is down $1.5 billion in 2022. It all went into inventories of homes and land. That may be because Pulte is five years past a very public spat between founder Bill Pulte and William Dugas, who moved the company to Atlanta from Detroit. Dugas was pushed out in 2017 and replaced by current CEO James Marshall. Pulte died in 2018 and his grandson, who acted as his spokesman during the fight, is now building a new company as The Pulte Family. I believe the aggressive growth plan being pursued by Marshall today is a Pulte legacy.

If the coming recession is worse than now feared, and if car-oriented suburbs are on the way out, then Pulte does have problems. But I don’t think that’s the way to bet.

If you’re going to bet big, you’ll want to consider the biggest player among homebuilder stocks, D.R. Horton (NYSE:DHI). That’s the way Wall Street looks at it, too. The stock is down 19% in 2022, but that’s just slightly below the year’s fall in the average S&P stock, which was down 16% in mid-December.

Horton stands tall in terms of its financial strength. The Arlington, Texas company has a market cap of $30 billion, but that’s just 5.3-times last year’s earnings. Even if the company hits current estimates of a drop to $9.70 per share in earnings, it would have a price-earnings ratio of less than 9-times next year.

Analysts worried about the sector insist DHI stock could fall 50% this year, but the company seems aware of the risks. In September, it held $2.57 billion in cash against an inventory of $21.66 billion in houses and land.

As I wrote nearly three years ago, when DHI stock was 47% cheaper than today, Horton is a bet on the durability of American suburbs, the idea of “driving until you qualify” for a place to raise your kids. The model seemed under threat in the last decade, as young people flocked to cities, but the pandemic has given it new life.

D.R. Horton builds homes for varying price points. They’re often of cookie-cutter construction, a problem when the environment won’t cooperate. The company and its critics are known for playing hardball, sometimes to a humorous extent. But it usually wins.

Someday, the D.R. Horton model of suburbs far from jobs will stop working. But today is not that day. Barclay’s (NYSE:BCS) recently boosted its target on the stock to $108. If the coming housing recession is mild, it could easily clear that.

On the date of publication, Dana Blankenhorn held no positions in any companies mentioned in this article. The opinions expressed in this article are those of the writer, subject to the InvestorPlace.com Publishing Guidelines.